Since I'm constantly receiving questions on 944 air conditioning systems, I figured it's time to come up with come helpful troubleshooting tips. Working on the 944 A/C system is no different than working on any other automotive A/C system. They have all the same components which function in the same manner as any other A/C system.

First, if you're having a problem with the A/C system on your 944, there are two ways you can approach solving the problem. The first is to just start replacing components and hope you get lucky by replacing the faulty component the first time. The other method involves doing some actual testing to narrow down the cause of the problem. In order to properly test the A/C system and narrow down the possible causes of your problem, you're going to have to invest in a set of A/C gauges.

Before we begin with the actual troubleshooting, to properly troubleshoot the A/C system, it's extremely helpful to understand how the automobile A/C cycle works. So, we'll begin by discussing automotive air conditioning theory of operation.

The next component in the A/C system is the evaporator. Air from the passenger's compartment passes across one side of the coils in the evaporator. The low temperature liquid refrigerant passes through the other side of the coils. The refrigerant removes heat from the air in the passenger's compartment and returns to the A/C compressor suction as a low temperature gas (phase change).

In the orifice tube system, there is an accumulator located between the evaporator and the A/C compressor suction. The accumulator has moisture removal desiccant just like the receiver-drier used in the expansion valve system. However, it also collects any un-evaporated refrigerant to prevent liquid lock of the compressor. This can occur due to the cycling action of the compressor. The diagrams below show the two different A/C system cycles. 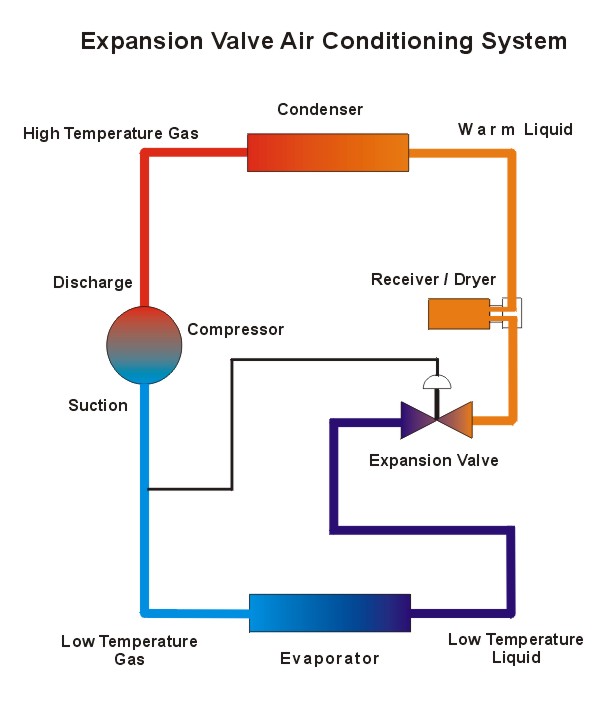 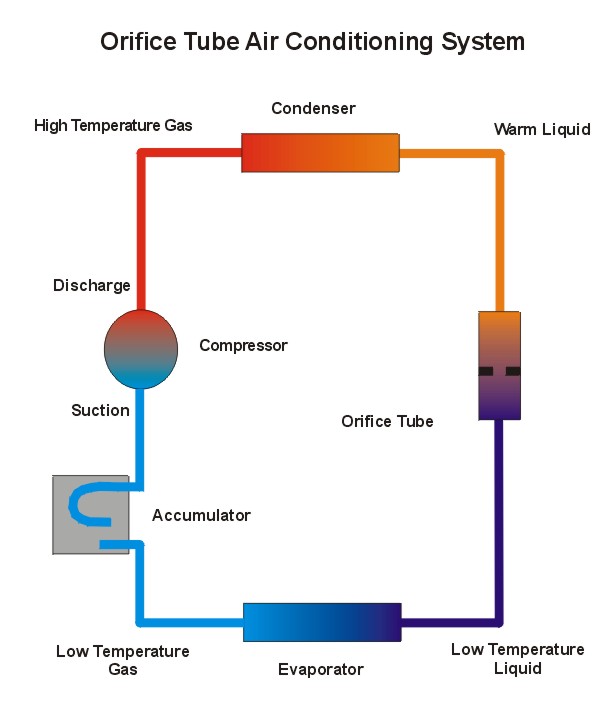 The following is an general A/C system troubleshooting guide. Realize that it is generic and many of the things listed here may not apply to the 944.

The following table is a general guideline for A/C system pressures and temperatures based on ambient outside temperature. Remember that these are a guideline and your actual temperatures and pressures will vary depending on humidity in the air and the condition of your system.